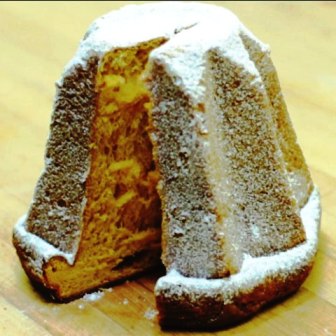 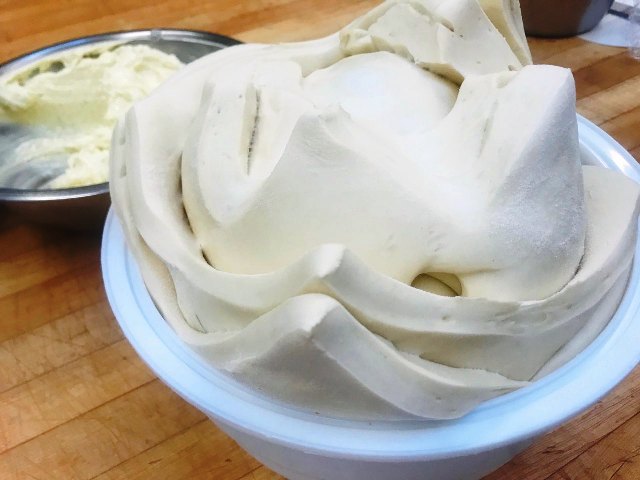 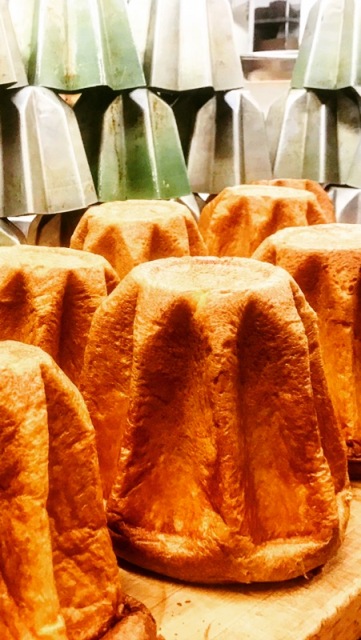 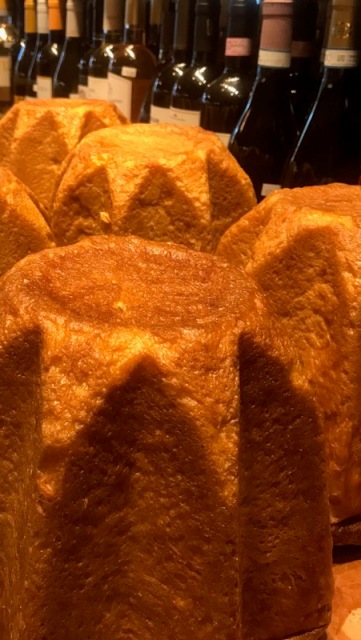 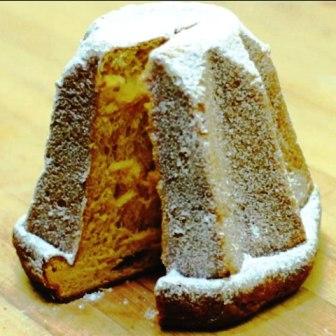 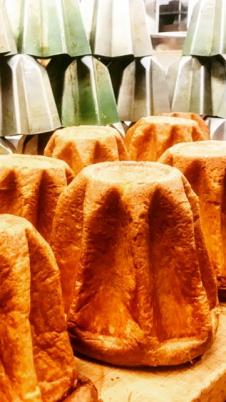 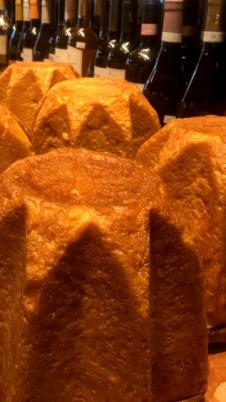 The Pandoro is a typical Christmas cake that originated in Verona.  The pandoro is made in the same manner as the other panettone–a 30 hour leavening process starting from the natural yeast mother-dough.  The pandoro, name originating from pan d’oro (“golden bread”) dates back to late 19th Century as a delicacy for the wealthy in Verona.  The pandoro’s origins were humble but during the Venetian Renaissance, it was said wealthy patrician families ate a dessert called “pan de oro” entirely covered with thin leaves of gold.  The Venetian “Nadalin” Christmas cake dating back to the 800’s – a star-shaped dessert made in the homes – is said where the pandoro’s design originated.  The pandoro, officially patented October 14, 1894 by Veronese pastry chef Domenico Melegatti, is an eight-point truncated cone star-shape.  Our pandoro’s delicate buttery flavor & light texture of the brioche-like dough gets its flavor from Tahitian vanilla beans and cocoa butter that comes out when warmed.  Best to sprinkle the vanilla powder sugar just before serving (packet included).  Today, the Pandoro along with the Panettone Milanese has become one of the most famous & popular Christmas cakes in Italy. | One Size (1000g)All of our products are made without perservatives and should be consumed with two weeks of the ship date.